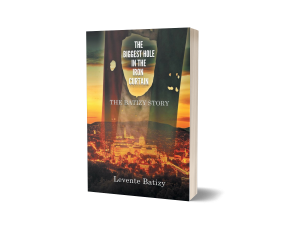 The Biggest Hole in the Iron Curtain: The Batizy Story

How a noble family fought against all odds

COOKSTOWN, NEW JERSEY, USA, December 3, 2020 /EINPresswire.com/ -- The American Dream is usually associated with those struggling from whatever station they find themselves in and achieving success in the US. Oftentimes, we think of the downtrodden and the poor when talking about the American Dream coming true. For one noble family however, the American Dream would end up being their second life when communism drove them out of their home country. The Biggest Hole in the Iron Curtain: The Batizy Story, written from the perspective of Dr. Batizy, follows his family’s story from the moment the revolution happened, which failed to stop communism and resulted in his family’s escape from the country, all the way to his return fifty years later. In between, the book shows how the family patriarch planned the escape, how the matriarchs sacrificed for their resettlement as well as recollections from his other siblings.

The Batizy family lived modestly after WWII but were subjected to constant scrutiny and discrimination under the communist government for the next decade because of their noble bloodline. The author, Dr. Levente G. Batizy, experienced the 1956 Hungarian Communist Revolution firsthand. It is the defeat of the revolution against the Soviet occupation, the Batizy patriarch’s role in the Hungarian revolution, and the almost certain imprisonment or execution of the family patriarch that forced the Batizy family to flee their homeland. These episodes separated author Batizy and the rest of his family from his mother and grandmother and eventually led him to arrive in America. The fifth oldest of fourteen children, arriving in America at just around 10 years old, Batizy was pushed to adapt and overcome challenges until he reached success, the American Dream. He and his son would eventually go back to Hungary half-a-century later and make his story come full circle.

The Biggest Hole in the Iron Curtain is definitely a great book to have for history buffs and the like. Get yours now!

Writers’ Branding is a full-service self-publishing company that provides aspiring authors exclusive access to publicity and a pool of book evaluators and marketing creatives and bridges them to literary agencies and traditional publishing houses.