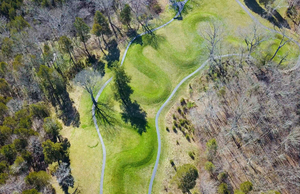 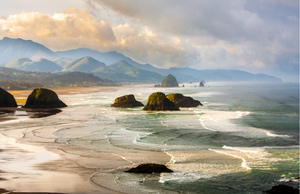 We asked some of the most celebrated authors in the USA to choose places all American citizens should see to help heal the divisions in our nation.

This may be the most important piece we’ve published. After a divisive year, some of today’s best authors discuss the places where Americans can learn about each other, our nation, and start to heal.”
— Pauline Frommer

NEW YORK, NEW YORK, US, December 17, 2020 /EINPresswire.com/ -- (DECEMBER 17, 2020)—For more than six decades, millions of people have depended on Frommer’s Travel Guides to lead them to unforgettable adventures. But this year is different. As we all wait until it’s safe to travel again, Frommer’s is looking at how Americans can better know their country by looking at the exceptional sites that many citizens have yet to explore.

Frommer’s invited some of the most celebrated authors in the United States to tell us about their America. A star-studded group of writers participated: men and women who have won Pulitzer Prizes, seen their work turned into beloved films, and reached millions through international best sellers. This year’s Frommer’s Best Places list is not a shopping list for immediate dream vacations. It’s a collection of essential destinations for understanding America and creating a more perfect union.

• David Sedaris on The Little America Hotel in Salt Lake City, described with his trademark charm as a place where everyone is welcome—even those with wildly different beliefs and lifestyles
• Gloria Steinem on the Serpent Mound Historical Site in Ohio, for testifying that American history did not begin with Columbus
• Daniel Okrent on Ellis Island and its promise of a welcoming home for all
• Jodi Picoult on the Black Heritage Trail in Portsmouth, New Hampshire, which brings to life the vital experiences of African Americans in the third least-diverse state in the nation
• Cheryl Strayed on the Oregon Coast, where every beach is public and therefore belongs to all citizens
• Susan Choi on California’s Manzanar National Historic Site, for a reminder of mistakes that echo today
• Sahar Mustafah on the Arab American National Museum of Dearborn, Michigan, an institution doing the hard work of building bridges between cultures

The full list, with rich photography, is available at Frommers.com beginning Thursday, December 17, 2020, at www.frommers.com/bestplaces2021.

Media opportunities: Frommer’s editors are available for interviews in New York City and Los Angeles or by phone or video call. We can also reach out to the contributors above to inquire whether any are able to talk with the press.

About Frommer’s: Frommer's, one of the most venerable brands in travel, has been in continuous publication since the 1957 debut of Arthur Frommer's revolutionary "Europe on 5 Dollars a Day", which changed the way the world traveled. Over the years, Frommer’s has sold over 75 million guidebooks. Join us on Frommers.com and on Facebook, Twitter, and Instagram (@Frommers).