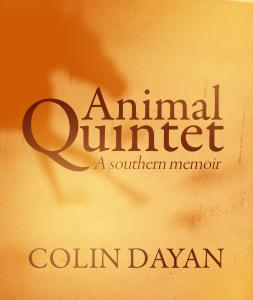 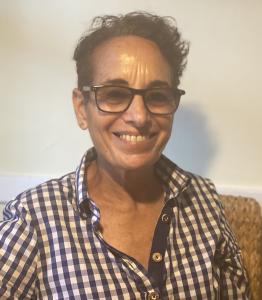 A mesmerizing tableau [that] feels like a lucid dream dipped in magic realism.”
— Bénédicte Boisseron, Professor, University of Michigan, Ann Arbor
LOS ANGELES, CA, UNITED STATES, December 8, 2020 /EINPresswire.com/ -- From the author of "In the Belly of Her Ghost," "Haiti, History, and the Gods," "The Story of Cruel and Unusual," "The Law is a White Dog," and "With Dogs at the Edge of Life" comes a haunting, lyrical new book, "Animal Quintet: A Southern Memoir," published by LARB Books today, December 8, 2020.

In "Animal Quintet," Colin Dayan meditates on her family history, her relationship with animals, and her upbringing in the South. Examining memories, family documents, and photographs, "Animal Quintet" takes a raw look at racial tensions and bourgeois respectability in a region struggling to change. Famed Southern war horses ridden by Civil War generals, doomed Spanish fighting bulls, the misunderstood possum hunted by generations of Southerners, and the chickens slaughtered by family servants—these animals frame and inform a haunting picture of a doomed childhood in a riven society.

In these stories, Dayan asks readers to envision another political life, a reorientation of our ways of seeing and thinking, to examine our ethical and conceptual assumptions from the perspective of other creatures, to imagine an alternative way of being in the world, of thinking and loving. "Animal Quintet: A Southern Memoir" is a coming-of-age story that depends on an unexpected attentiveness, on another kind of intelligibility beyond the world of the human.

“I have wanted to write prose that could get as close as possible to the experience of viscera and flesh, to prompt us to know, but know in a different way — like the dogs I write about,” Dayan said in a publication day interview with Dixa Ramirez D’Olea in the Los Angeles Review of Books multimedia magazine.

"Animal Quintet" is Dayan’s eighth book but second memoir. Her first memoir, "In the Belly of Her Ghost" (2019), was also published by LARB Books, under their “True Stories” series. In it, Dayan explored her Southern upbringing and what she calls “the visceral racism of the South.”

The author's mother was born in Haiti, “a light-skinned woman, daughter of a Syrian merchant. When she moved with my father to the Jim Crow South, she exchanged her complex racial origins for the empty costume of white-washed glamour,” Dayan writes. “We lived, my mother and I, in a world that flickered back and forth between black and white, darkness and light.”

Jane Tompkins of The Los Angeles Times called "In the Belly of Her Ghost" “a brief but explosive memoir of her relationship to her mother [that] should find a place among the more indelible life histories of the last several years.”

Dayan has been praised for her “strong mind and an expansive heart” (Mark Edmundson) and “unique, trans-species approach to understanding ourselves as well as the limits of human cognition and the hubris that inheres in all the things we create (Kirkus Review), and early reviews suggest that "Animal Quintet" conveys the same skilled authorial understanding of all species.

ABOUT THE AUTHOR:
Colin (Joan) Dayan is the Robert Penn Warren Professor in the Humanities at Vanderbilt University. She is the author of "In the Belly of Her Ghost," "Haiti, History, and the Gods," "The Story of Cruel and Unusual," "The Law is a White Dog," and "With Dogs at the Edge of Life." Her memoirs of growing up in Georgia have been published in The Yale Review, Southwest Review, Arizona Quarterly, the Los Angeles Review of Books, and The Boston Review. In 2012 she was elected a fellow of the American Academy of Arts and Sciences. She lives in Nashville, Tennessee.


ABOUT THE BOOK:
"Animal Quintet: A Southern Memoir" was published by LARB Books on December 8, 2020, in softcover and electronic formats and is available everywhere books are sold.


REVIEW COPIES AND MEDIA INTERVIEWS:
To request a review copy of "Animal Quintet: A Southern Memoir" or to schedule an interview/event with Colin Dayan, contact publicist Nanda Dyssou of Coriolis Company at nanda@corioliscompany.com or 424-226-6148.