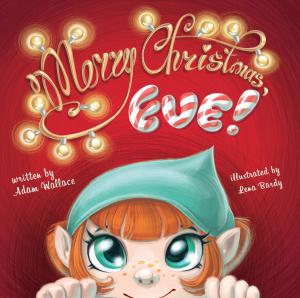 SANTA'S, WORKSHOP, NORTH POLE, December 5, 2020 /EINPresswire.com/ -- Adam Wallace has shown over 2.5 million kids around the world How To Catch A Unicorn and How To Catch A Mermaid and How To Catch An Elf among the other magical creatures in his #1 bestselling How To Catch… Series, but this Christmas season Adam Wallace is empowering his young readers to rediscover the holiday spirit with the help of a little Elf named Eve, and an origin story unlike any other.

The Christmas season is filled with some of the most iconic characters in history. From Santa and Rudolph The Rednosed Reindeer to The Grinch Who Stole Christmas, and Will Ferrel’s Elf. These characters have all stood the test of time; however, it feels like we are well past the time for an iconic female character to claim her place in the holiday pantheon.

"I love all these characters and stories, but I was shocked that the only female stars of Christmas I could think of were Mrs. Claus and Cindy Lou Who, and even still they we're the just the supporting cast” Wallace says.

Adam Wallace hopes to add a female star to the rarefied list, one who is just as important and memorable as all the others.

Most of the world is familiar with Christmas Eve, but now it is time to learn just how it came to be, by wishing a heroic little elf: Merry Christmas, Eve!