THE WITCHING VAULT: Book One in the Accessory to Magic Series 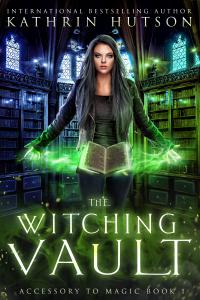 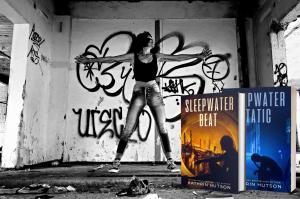 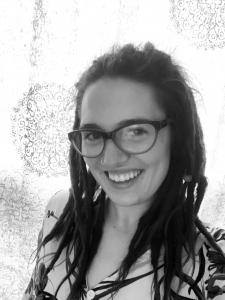 DENVER, COLORADO, UNITED STATES, December 10, 2020 /EINPresswire.com/ -- Set for release December 10th, 2020 and published by Exquisite Darkness Press.
The books will be available worldwide, in digital and print across all platforms.

Run the witching vault. Protect the Gateway. Say please. And don’t get killed.

After her release from magical prison, Jessica Northwood can’t hold a job to save her life. So when an apprenticeship opens up at a spellbound bank, no questions asked, she can’t exactly say no… But she definitely should have.
For centuries, the bank’s owners have stood between the Gateway in the upstairs hall and the occult syndicate who want it for themselves. As the current owner, the scryer witch is supposed to have that under control. But when the woman turns up dead, Jessica’s employment contract now says she’s the one tasked with this lethal responsibility.
Jessica has no idea what she’s doing…and the bank won’t let her leave. As she deals with magical clientele who know the stakes far better than she does, Jessica must decide just how far she’s willing to go to keep this job. Because if she doesn’t, she’ll end up as dead as the body in the lobby. Or worse.

“The Witching Vault has created an intricate fantasy world that has set the stage for readers to uncover a much wider world throughout this series. Kathrin Hutson thrusts readers into a magical world filled with dark secrets that Jessica Northwood tackles in entertaining fashion”, Literary Titan with a Five Star Review


OTHER WORKS BY KATHRIN HUTSON:

SLEEPWATER BEAT:
Leo could always make people believe anything she says—really believe. When her chest burns and the words come from her mouth, her targets’ eyes glaze over, they forget their own thoughts, and they’ll do anything she says. It’s what keeps her alive after being on the run and living on the streets for years. But after using it on her girlfriend and her dad’s drug dealer, it’s also what got her here on the streets in the first place.
Then Sleepwater finds her. When Leo discovers there are others out there with similar powers, scattered across the country, she can’t say no to the underground organization. After all, what’s a little sit-down with the only people who may ever understand her?

"Kathrin’s arresting prose style is present from page one throughout this impressive novel. She knows the importance of setting a mood for a dystopian adventure... Mystery, adventure, extraordinarily unique unveiling of human powers, and a very fine LGBTQ romance all combine in Kathrin’s skilled hands to create a very powerful and satisfying novel – and one that has fine potential for a blockbuster film! This author has polished skills." —Grady Harp, Top Shelf Magazine

SLEEPWATER STATIC:
Wyoming’s Sleepwater chapter is on the run, hunted for their ability to spin a beat. With little time to mourn the members they’ve lost, Bernadette Manney takes the group to the one place she swore she’d never see again: the cabin in Hollywood, South Carolina. It’s remote enough to lay low and catch a break, but not for long.

Their beats are condemned as mutations, radical terrorist tactics, and felonies punishable both by and outside the law. Bernadette thought Sleepwater would be safe here, but returning to her Southern roots unleashes more demons than she left behind.
Her past, her love, and even her own flesh and blood won’t let her move on through a venomous society intent on rooting out her people. Now, to bring a mother’s first child safely into an unsafe world, Bernadette must face her own shame from before Sleepwater itself was born.

But redemption and forgiveness may be too much to ask, and it may just be too late.

Both books in the series were international bestsellers and Award-Winning Sci-Fi Finalist in the International Book Awards.

In addition to writing her own dark and enchanting fiction, Kathrin spends the other half of her time as a fiction ghostwriter of almost every genre, as Fiction Co-Editor for Burlington’s Mud Season Review. She is a member of both the Science Fiction and Fantasy Writers of America and the Horror Writers Association. With Sleepwater Beat, she became an international bestselling author on both Amazon and Kobo.

Kathrin lives in Colorado with her husband, their young daughter, and their two dogs, Sadie and Brucewillis. More information about Kathrin can be found at: https://www.kathrinhutsonfiction.com/

We look forward to the coverage!